Tru-Pak Moving Systems is an independent agent for United Van Lines. We chose United Van Lines, out of all the many national transport and moving carriers because we believe this company above all others, fits into our business model of commitment to quality, service and value. As America’s #1 Mover and largest full-service moving company, United Van Lines had its origins in 1928 as a company in Cleveland Ohio called Return Loads Services, Inc. The brilliant idea was for this company to provide cargo to independent moving companies delivering shipments to different markets, but having no return cargo, traveling back to where they originated, empty. Arranging for return shipments from a centrally dispatched and registered provider allowed the newly formed company, United Van Service to sell memberships to independent movers. In 1933 United Van Lines Inc. was formed and moved in 1941 its headquarters to Fenton Missouri, where they still reside today. As the business prospered, they developed many innovations such as establishing subsidiaries like United Leasing, Inc. to supply additional trucks, uniforms, supplies etc. under the name of United Van Lines to other professional moving companies. In recent years, United Van Lines created operating companies that offered customized insurance for their movers, global mobility management services and the sale and leasing of equipment. 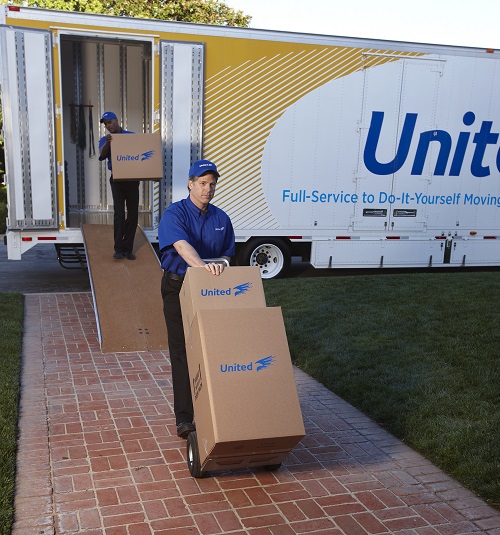 Our company’s mission is simple. Be a great place to work. Live by our core values of honesty, dedication to serving and above all put our customers' needs above all else. There are many moving companies to choose from but there is only one customer and you better do it right the first time. We at Tru-Pak continue our parent’s mission to be the Best Moving Company in the Nation. Our executive team has a hands-on philosophy of going the extra mile. We believe in executing even the tiniest of details. If a customer has a concern address it. If a customer has a question, answer it. If it’s not your responsibility, find out who’s it is and follow-up to make sure it gets resolved in a timely manner. Our passion is to demonstrate while doing, offer assistance where ever it is needed, and if something can be accomplished better, challenge up because it serves our common good. Call us today for a free in-house or office moving quote, completed by one of our highly trained and experienced moving professionals.